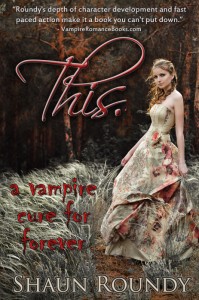 Book Review by YAVampireBooks (who named Kayla Porter honorable mention (along with Katniss of The Hunger Games) in “Top 3 of 2010: Best Female Characters”).

With [172] pages and [72] chapters this book is bound to be fast-paced and intense. And it sure is! There’s never a dull moment and new twists and turns await with every new chapter.

I loved Kayla, the main character! She was such a realistic portrait of a 17-year-old. She was insecure and hopelessly in love with the most popular guy in school. She spent her days (and nights) daydreaming about him. But at first she did next to nothing to actually get to know him. Like she said herself, “I suddenly grew aware of what a timid little life I had lived for as long as I could remember. I always dreamed big and did…nothing. I felt regret and a tinge of shame.” and “I understood that if I didn’t do something about my daydreams, they would never come true. It scared me to think about taking the initiative when it came to Ethan, but the thought of doing nothing and letting another opportunity slip by left a sour spot in the pit of my stomach.”

This book is filled with small insights and realizations like these two, which showed character growth and gave depth to the novel.

It was easy to imagine yourself in Kayla’s position, she could have been me, or any other teenage girl. And Kayla was far from the only character I liked. All characters no matter how small, were well developed and had characteristic personalities. One of my favorite characters was Melissa – the queen of great comebacks and social competence! The detention scene with Kayla, Melissa and Mitch was my favorite scene in the book -the dialogs were so fun! Sadly the dialog lost some of its quirkiness and quickness later in the book – but I guess you don’t always have time to joke around in a matter of life and death!

As for the vampire part of the book, Roundy offered some new interesting aspects to vampirism, and finally gave an explanation to why the world isn’t overpopulated with vampires!

The story is nicely stringed together in the end, and everything gets an explanation. But at the same time the door is left open for a sequel. A sequel I would gladly read!

So to sum up all my thoughts; This. is a quick and fun read filled with love, friendship, action, mystery, suspense and wisdom. Read it!

Do you ever look back and recognize a certain point in time, a certain flash of remembrance and realize it was a turning point in your life? Then do you start to wonder how that certain point is going to affect your future, your forever? What would you do with forever if you actually had it? Would you want to keep forever or give it back?

In Shaun Roundy’s “This”, you get to experience the thrill of youth and the prospect of immortality and “forever”. “This” is a fairly short book, but Roundy’s depth of character development and fast paced action makes it a book you can’t put down. I’ll admit I was a little leery when I started “This” because I knew it was a YA book. While there is nothing steamy in the story, it did not disappoint like many YA books do. This is a fabulous book that will open your eyes to the things you might be overlooking in your own existence and make you realize your “forever” starts with what you enjoy today.

Read the rest of this review on ThisVampire.com. 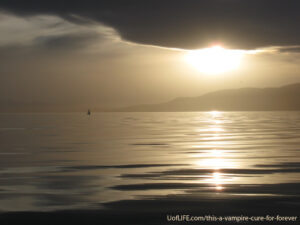 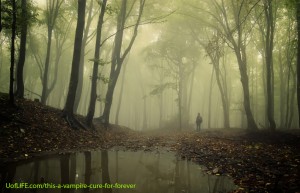 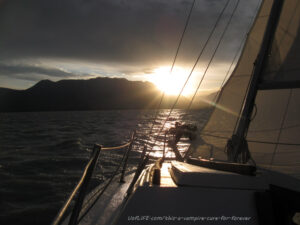