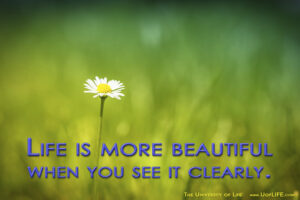 If you ever find yourself feeling frustrated that things aren’t working out better or suffer from any degree of anxiety, depression, or low self esteem, then there’s a strong chance it has something to do with Cognitive Distortions. If you’ve never heard of these pesky bad habits, then you’ve been missing out on a huge opportunity to make your life better and easier!

To be concise, thinking distortions are ways we sometimes think that – when you actually think about them – make no sense and often destroy your mood, motivation, and chance at living a happy, successful life.

Read through the list below and see which patterns you recognize in your life. Sometimes merely recognizing irrational thoughts when they happen provides enough clarity for you to stop thinking that way.

In case that’s not enough, we’ll also provide examples of more accurate, balanced perspectives. Get in the habit of correcting your own thinking distortions each time you catch yourself making one. It may seem difficult at first, but turns easy as soon as you create some new neural pathways in your brain.

If you want even more help to correct your thought habits, then order The Feeling Good Handbook, by Dr. David Burns, who pioneered this topic. He provides a helpful worksheet where you:
1. Write down your thought/perception.
2. Write how much you believe that thought (for example, 85%).
3. Identify which of the following thinking distortions apply.
4. Write how much you believe the thought *now* (for example, 15%).
This is a surprisingly effective exercise. You can usually buy the book for a few dollars on Amazon.

Can you see how much MORE FUN life becomes when you see it, yourself, and others more clearly?! Endless opportunities and possibilities suddenly appear as if out of nowhere!

Bookmark this page and read it weekly until you get this stuff down, and be sure to recommend it to your friends who will thank you for the heads up!

Definitions and examples adapted from Wikipedia